What’s up freaks?  Nick here.  We’re going to be doing a full concert wrap up coming up on Episode 53, but I wanted to just take a minute to recap the epic weekend that your tireless hosts had this past weekend.

Friday night Brian came up to MA and we headed out to the Epic Kings and Idols tour (Stolen Babies, Paradise Lost, Katatonia, and Devin Townsend) at the Worcester Palladium.  We’ll do a band-by-band breakdown later, but suffice it to say, it was excellent.  Most importantly, we had the opportunity to talk to Stolen Babies and setup an interview that we will be recording just before their new album Naught

sees its official hard-copy release.  The album is available digitally now.  Go get it!

Saturday we met up with everyone’s favorite punching bag Kyle and a few friends from our college radio days and had a sweet paintball battle.  See Boondock Saints photo. 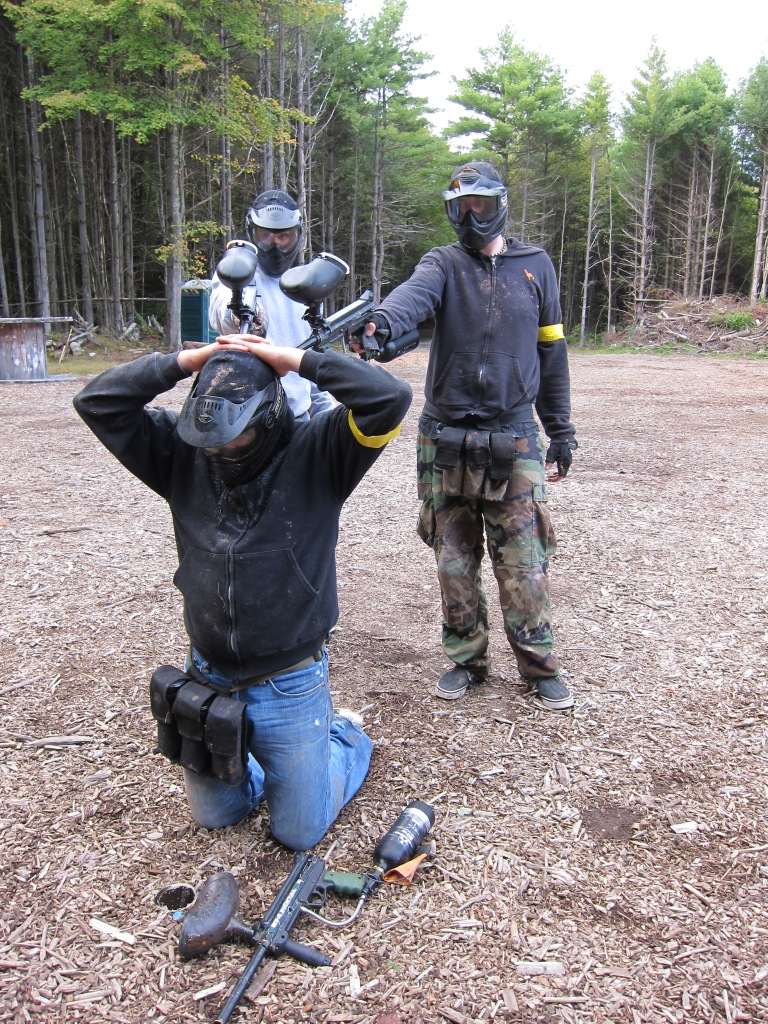 Lastly, we wrapped up the weekend with a Skeletonwitch, Havok, and Early Graves tour that came through my neck of the woods and stopped in at The Waterfront Tavern in Holyoke, MA.  Another great show, and a thrashtastic way to wind down the weekend.  We took advantage of the small venue and lack of backstage area to introduce ourselves to the bands and work on setting up a couple interviews.  Stay tuned in the upcoming weeks for those and a few other changes that we have in the works for year two!

We’ve got some other changes coming along to improve the show as we enter our second year, but we’re always open to your input and suggestions.  Feel free to leave ideas on our Twitter, Facebook, or right here in the comments!