Lots of good music this week, especially if you tend to side with Brian’s reviews.  Nick likes the albums this week as well, but not quite as much. And Kyle? Well, we will probably never know since…you guessed it…he’s touring the country with an actual sideshow as the bearded lady.  Anyway, the First Impressions this week were a little more varied in quality than the albums.  If you want to judge for yourself, head to our Google + page and look ’em up.

Oh, and anybody (besides Nick) that can tell me what song (I’ll also accept band) the episode title is referencing gets bonus points.  It may lose something without the inflections, but some of you may be keen enough to get it.

END_OF_DOCUMENT_TOKEN_TO_BE_REPLACED

Update: Today, June 13th, I received confirmation that my order finally shipped! Nick, however, still has not received a shipping notice. -B

So, a few weeks back on the show I aired some grievances with a few pre-order packages I was waiting on and I forgot to give y’all an update on those during the last episode.

The first package I was waiting for was my Alice In Chains “The Devil Put Dinosaurs Here” shirt and CD bundle. The album shipped prior to its May 28th release date, but UPS estimated 11 days to bring it from North Carolina to Massachusetts (a trip that I noted could be made on foot in only 8.5 days.) Well, I’m happy to report that it only took about 9 days to deliver and it showed up last week Saturday (only 4 days late) leaving us plenty of time to listen to it and review it for this weeks show. All is well.

The TesseracT pre-order, however, is a very different story. I ordered the digipak and hoodie package as well as a few other shirts from Merchconnection.com. At the time of placing the order, the website said for shipping info “This bundle will begin shipping shortly before May 28th, 2013.” As we all know, both Brian and I did not receive our orders in time for the review on Episode 87. I was understanding at the time that since Monday the 27th was a holiday that it added a degree of difficulty to coordinating deliveries to arrive on or before the albums release date, so I waited until the end of the day on the 28th to write a quick note to Merchconnection and inquire about the status of the order since I had still not heard anything on shipping confirmation. Here is their response:

“Hi We are still waiting for the shipment containing your CD digipak to come in from our suppliers. It should be coming in at any time. As soon as it does we will let you know and update you on your order immediately. Thanks!”

I forwarded that email along to Brian so he could share in my joy that we’d soon be receiving our orders and that there was a reason for the delay. Now, if they’d followed through on that, all would be well. However, the following Tuesday (June 4th) they sent this email to, supposedly, all customers that pre-ordered the TesseracT album:

“Hello, we wanted to send an update to all buyers regarding the purchase of the preorder bundles for the new Tesseract album. To put it briefly, distribution was unable to supply us with enough units to ship all packages for delivery by street date. This is incredibly unfortunate, but also something that we can not control as we are essentially left to wait on these units. Distribution has now sent us the remaining units needed to fulfill the rest of our preorders. Any remaining orders that have not yet been fulfilled will be shipped this week. We thank you kindly for your patience and understanding. If you are still waiting on a shipping confirmation email on your Tesseract preorder, please expect it this week.

And I did expect it. It never came though. I checked with Brian, who not only didn’t get a confirmation, but also didn’t get the courtesy email that I’d gotten. I sent them a follow up letter on Monday, June 10th (a day short of two weeks after the release date) and got this for a response:

“Hi These preorders are still being filled and shipped out. If you have not received tracking look for it this week. Thanks”

Look familiar? That was Monday. Still no news on shipping confirmation. Still no merch at my door.

Let this be a lesson people: order from the label or band directly.

P.S. To further Nick’s commentary, I emailed Merch Connection yesterday (June 11), a full two weeks after Altered State‘s release, since I had yet to receive any updates directly from them.  I got the same email Nick received on June 4th.  As of this posting, I have not received any further word from Merch Connection.  In the meantime, I received today, a day after it’s release, my pre-ordered Black Dahlia Murder – Everblack (Metal Blade) box set, which was ordered through Indie Merch.  I also received my pre-ordered Scale the Summit – The Migration (Prosthetic) vinyl & t-shirt yesterday, release day, which was also through Indie Merch. – B

Much like the NFL, the electoral college, and Hostess, concerts are a time-honored tradition on the verge of ruin. The camaraderie that initially drew us into the scene and the unspoken set of rules governing behavior has completely eroded. We here at The SIDESHOW Podcast felt forced to act, not just for ourselves but for the benefit of future generations. Thus, we definitively inscribed and enacted a list of commandments to ensure proper Concert Etiquette. We present them now for your approval:

END_OF_DOCUMENT_TOKEN_TO_BE_REPLACED

Kyle gets back in the saddle this week to reveal our official list of proper concert etiquette.  This is something we have mentioned doing in past episodes, but in the last couple of weeks, your hosts have attended a couple of shows where we got to observe the happenings more closely and finalize this list.  These shows include Fair To Midland and Dead Letter Circus, as well as The Black Dahlia Murder’s headlining run, which are both reviewed in this episode.  This list, which should be followed by you…yeah, I’m talking to you…and everybody else will be posted on this site for reference and modification, if need be. Oh, and we also review some new albums and talk about other heavy-music related things, per usual, AND we reveal the winner our Jeff Loomis album giveaway!

Yes, that’s exactly where I came up with my radio personality—a combination of my love for wrestling and the corny DJ names at 106.9 WCCC in Connecticut. It also made for a pretty sweet opening to my radio show (I’ll post that at a later date).

I reveal this bit of SIDESHOW trivia to you because in a companion piece to Brian’s trip to Disney World, and to fulfill a promise from Episode 28, I present to you a “Once in a Lifetime” slideshow from Wrestlemania XXVIII. END_OF_DOCUMENT_TOKEN_TO_BE_REPLACED

Wormhole – The Weakest Among Us 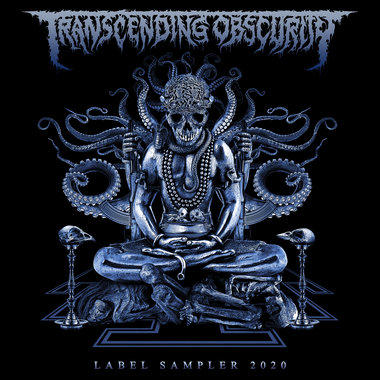